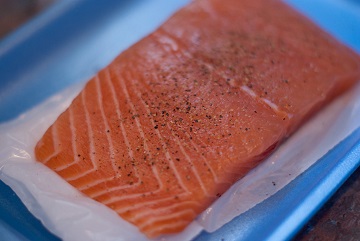 Salmon, tuna, herring, and other fish aren’t just tasty. They’re packed with omega-3 fatty acids -- healthy fats that may help improve everything from Alzheimer’s to heart disease to arthritis. And a recent study found that you might be able to add migraines to the list as well.

Migraines affect millions of Americans. They generate sharp pain, nausea, and other nasty symptoms. A migraine can last for hours, and it can make it impossible to work or do much of anything else. And many people have chronic migraines, with many attacks per month.

Some small studies had provided evidence that omega-3 from fatty fish could ease some of the migraine symptoms. Researchers extended that work to a larger sample -- 182 migraine sufferers.

They were divided into three groups. The control group ate a diet that roughly matched the amount of omega-3 found in a typical American diet. A second group got a lot of omega-3 from fatty fish, while a third got the fish plus high levels of similar compounds from other sources.

Participants recorded their migraine symptoms. The groups with higher levels of fatty acids from fish reported that migraines were less frequent, didn’t last as long, and didn’t impair their ability to function as much. And scientists found less of a pain-related chemical in their blood.

The researchers say the omega-3 compounds may reduce inflammation in a key nerve bundle in the brain -- bringing at least a little relief from the agony of migraines.