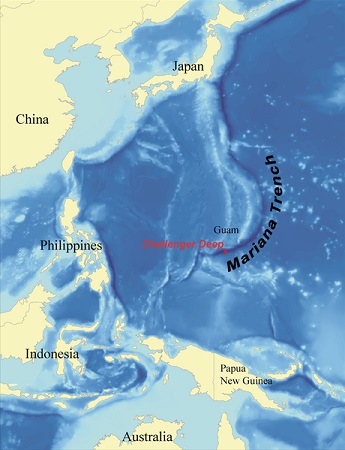 In Greek mythology, Hades was the underworld -- the dark realm of the dead. And that seemed like a good description of the deepest parts of the ocean. They’re dark, and until fairly recently were thought to be lifeless. So scientists called the region below about 20,000 feet the hadal zone, after Hades.

It turns out, though, that the hadal zone is a lot livelier than expected. Biologists have discovered more than 400 species there -- fish, shellfish, worms, snails, and others. They’ve also found thriving colonies of microorganisms in the sediments.

The hadal zone encompasses only a tiny fraction of the ocean floor. And it’s not all connected. Instead, it consists of 46 troughs and trenches -- depressions that are up to about seven miles deep. So life can be different in different parts of the hadal zone.

All of it faces some of the most extreme conditions on the planet. The temperature is near freezing, for example, and the pressure is hundreds of times greater than at the surface. Yet life has adapted to those conditions. The deepest known fish -- a pink snailfish at about 27,000 feet -- doesn’t have an air bladder to control its depth, for example. And its cells contain enzymes that help it survive the pressure.

Life has been found in even the deepest trench -- the Mariana Trench in the western Pacific Ocean. And so has evidence of human influence -- high levels of pollution in living organisms, and even trash sitting on the bottom -- relics from the land of light in the underworld.