If you’re a mussel -- of the edible aquatic variety -- then you’d better be on your best behavior: Big Brother is watching you. In fact, a federal research group has been keeping an eye on mussels and oysters for more than two decades -- from Puerto Rico to the Great Lakes to Alaska and Hawaii. 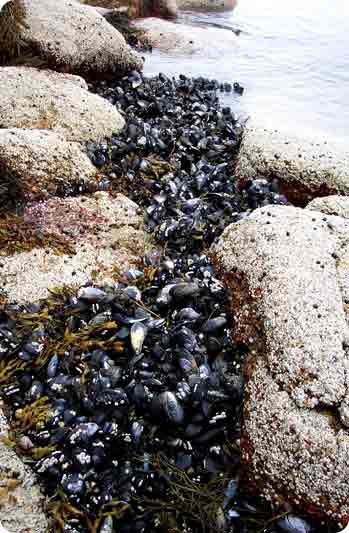 The research is designed to monitor several kinds of pollution in the country’s coastal waters. Mussels and oysters are pretty good at soaking up nasty chemicals and storing them in their tissues. So repeated checks of mollusk populations can reveal what’s being dumped into the coastal waters and where.

The Mussel Watch Project began in 1986, although it also has records from other studies dating back about two decades earlier. Scientists routinely gather several species of mussels and oysters from about 300 sites on the Atlantic, Pacific, and Gulf coasts, and in the Great Lakes. They brush off the dirt, then ship them to a lab for analysis. The lab looks for more than a hundred different pollutants -- pesticides, metals, PCBs, and others.

The project shows that coastal waters around the country are getting cleaner.

A report released late last year found that the concentrations of most pollutants had gone down since the last report a decade earlier. The amounts of metals were about the same, but pesticides, PCBs, and other organic chemicals were down just about everywhere.

But the mussels aren’t off the hook. The Mussel Watch Project will continue; Big Brother is still watching.