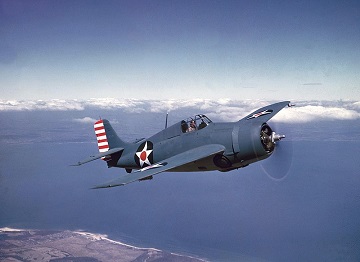 Shortly after the end of World War II, American forces on Kwajalein Atoll, a small island in the western Pacific Ocean, faced a problem. It would cost more to ship leftover airplanes to salvage yards than the planes were worth. So more than a hundred Corsairs, Wildcats, Avengers, and other warplanes were loaded onto barges, carried into the middle of the lagoon, and dumped.

Today, most of them are encrusted with corals and surrounded by fish and other marine life -- artificial reefs that have been growing for 75 years.

The oceans are littered with the wrecks of World War II. Many ships were sunk in deep water. In the cold, sunless depths, they don’t host much life. But ships and planes that sank in shallow waters -- close to land -- are perfect platforms for life. Corals and other creatures attach to their hard metal skins, establishing new reefs. The corals attract more organisms, which use the reefs for shelter and food.

There are many wrecked airplanes in the waters around Hawaii, including about 300 Hellcat fighters. Most of them crashed during training missions from a base on Maui. Researchers are cataloging their locations and monitoring the reefs that have grown atop them.

Many of the wrecks are in marine sanctuaries and other public areas. The airplanes are still government property, and some of them are considered gravesites, so it’s illegal to disturb them. Yet many of them are open for divers to swim near -- enjoying the reefs built on relics from World War II.