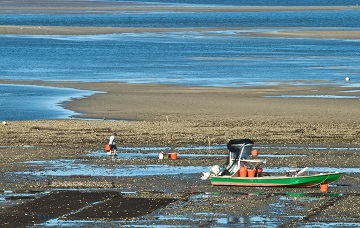 If you like oysters, some researchers in Virginia have some good news for you: Restored oyster reefs can return to good health in just a few years.

Oyster populations have plummeted by about 85 percent over the past 200 years—the result of over-harvesting, pollution, and other problems. Yet oyster reefs provide many important benefits. The reefs are close to shore, so they can reduce coastal erosion. And the oysters feed by filtering tiny organisms from the water. As they do so, they also filter out silt and debris, so they make the water cleaner. Finally, the reefs provide habitat for crabs and fish.

From 2003 to 2019, researchers studied 70 reefs along the coast of Virginia. Most of the reefs had been restored in recent years by dumping oyster shells on old reef sites. Young oysters then settled onto the new homesteads.

So oysters can make a quick turn-around—as long as they have a solid place to live.