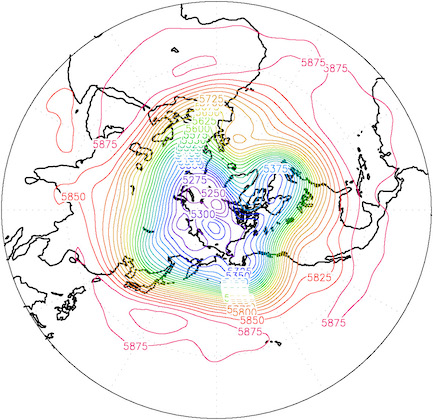 Some ocean waves can take a decade or longer to ripple from one side of the ocean to the other. Photo Credit: Puncinus/ Creative Commons Attribution-Share Alike 4.0 International

With a top speed of a few hundred feet per hour, the giant tortoise won’t win many races. Compared to some of the longest waves in the oceans, though, it’s like an Indy race car. The waves are almost entirely below the surface. And they can take a decade or longer to ripple from one side of an ocean to the other. Until recently, that made them almost impossible to see.

Rossby waves are set in motion by strong winds or storms or other disturbances. They then undulate westward, concentrated at a region known as the thermocline -- the boundary between the ocean’s warm upper layers and its colder, deeper layers.

A single wave can be hundreds of miles long. At the thermocline, the difference between a wave’s high and low points can be up to a few hundred feet. At the surface, though, the difference is no more than a few inches. That’s almost imperceptible. In fact, the waves were first measured by satellites, which can track tiny variations in the ocean’s height.

The waves are extremely slow, though. At the equator, it can take a single wave a year to cross the Pacific Ocean. And at higher latitudes, it can take a decade or longer.

Rossby waves can make a warm ocean current stronger or even change its course. That has an impact on climate and weather. And a recent study found that Rossby waves might increase “nuisance” flooding -- minor coastal flooding that’s not caused by storms. And as global sea level rises, the waves may generate even more flooding -- all while moving slower than a tortoise.