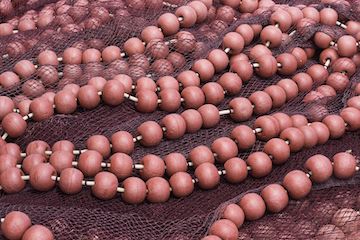 Commercial fishing is just one of the reasons for declining fish populations. Photo Credit: Public Domain

Fishing just isn’t what it used to be -- commercial fishing, that is. For much of the last century, the world’s fleets brought in more fish and shellfish every decade. Since about 1990, though, the catch has remained about the same. And one recent study logged a four percent decline in the productivity of the world’s main fisheries between 1930 and 2010.

One problem is our planet’s changing climate. It’s a problem that’s expected to get worse in the years ahead. Higher sea level, warmer waters, and higher ocean acidity could harm marine creatures -- reducing the numbers of fish and shellfish, and perhaps making the survivors less hardy.

Higher sea level can destroy coastal habitats -- areas like seagrass beds, which provide homes for many creatures. That’s already a problem in places like Louisiana, where the encroaching sea is wiping out nurseries for shrimp, crabs, and clams.

Higher ocean temperatures are forcing many species to abandon their home waters and move northward. That can deprive them of their usual food sources. So populations may decline and produce smaller offspring.

And higher acidity -- a result of the oceans absorbing carbon dioxide from the air -- can make it harder for shrimp, crabs, corals, and other creatures to make shells. That’s a particular problem with small creatures at the bottom of the food chain. If they can’t make shells, they won’t survive. And that’ll deprive larger creatures of food -- perhaps causing big problems for the world’s fisheries.