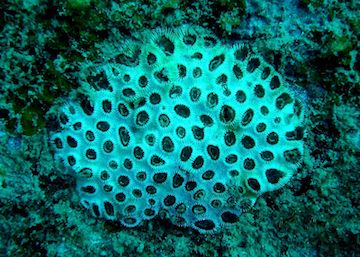 Black corals are different from most coral species. Most coral “skeletons,” for example, are made of calcium carbonate -- the mineral that makes up chalk. The skeleton of a black coral, though, is made of proteins and chitin -- the stuff that makes up insect skeletons. And black coral doesn’t rely on algae to provide most of its food. Instead, it feeds on tiny organisms that drift by on the currents.

And there’s one other difference. In the United States, black corals from Hawaii are the only species that can be legally harvested to make jewelry.

Coral jewelry is beautiful. But it’s not a good idea, because it helps hasten the demise of coral reefs, which make some of the most beautiful habitat on the planet. Reefs are home to abundant fish and shellfish. In fact, a quarter of all fish live on reefs.

Corals are in decline, though. Higher water temperatures have killed many, and water pollution, commercial fishing, and other human activities are adding to the woes. That includes jewelry making. Although many reefs and species are protected by laws and treaties, corals are still harvested to make jewelry and other baubles.

The black corals of Hawaii are the only legally harvested domestic source. The coral fishery was started there in the 1950s. The corals are harvested according to state and federal regulations. And they’re taken by certified divers, who use special techniques to minimize the damage -- providing a source of coral jewelry that’s less harmful to the environment.