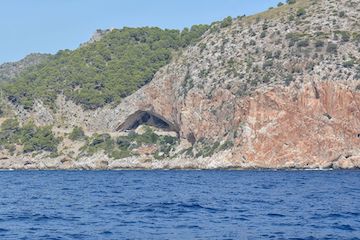 The Mediterranean Sea has been recording sea level for millions of years in a cave on a Spanish island. As the water rises and falls, it adds layers of minerals to rock formations inside the cave. And interpreting those layers may help scientists better understand what could happen to future sea level.

Artá Cave is on the coast of the island of Mallorca. It’s filled with beautiful stalactites and stalagmites -- delicate rock formations on the ceiling and floor. Many of them are coated with layers of different forms of calcium carbonate. The minerals were deposited at different times, as sea level rose and fell.

Researchers determined when those minerals were added by measuring traces of radioactive elements embedded in them. They then compared the ages of the minerals to their elevation within the cave. That told them how high sea level was at various times.

The measurements in the cave are in good agreement with those made by other studies of ancient sea level. Together, they suggest that today’s warming climate could lead to much higher water levels in the centuries ahead.