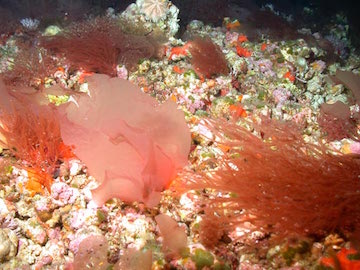 The batteries that power electric cars may someday have something in common with toothpaste and ice cream: their ingredients will be held together with a compound that comes from seaweed.

Lithium-sulfur batteries produce more energy than lithium-ion batteries, which are used in cars today. They also weigh less, and they’re less expensive. One problem, though, is that their sulfur quickly dissolves. So lithium-sulfur batteries aren’t a good choice for cars or other applications that require a long battery life.

Researchers at Lawrence Berkeley National Laboratory are trying to overcome that problem. They developed an artificial binder to hold the battery’s ingredients together. That binder kept the sulfur from dissolving. But the researchers wanted a binder that was less expensive and easier to produce. So they tried something that’s used in food products: carrageenan.

It comes from red seaweed, which is grown commercially around the world. It’s used in toothpaste, peanut butter, ice cream, and many other products.

There’s a lot of work to do to turn the experiments into commercial products. But the results suggest that cars could someday be powered by batteries held together by seaweed.