Most maps and globes show the landmasses of our planet Earth in great detail. But most of the surface is a blank field of blue: the oceans. 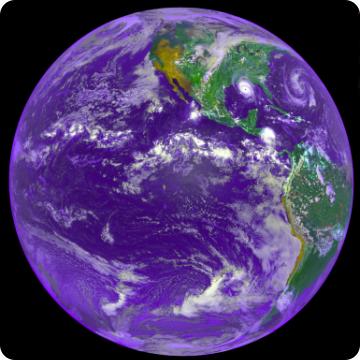 Water covers more than 70% of Earth's surface, making the planet look like a blue marble from space. Photo: NASA

Yet beneath that featureless layer is an exotic world of its own.

Giant mountains and canyons contour the ocean floor; water currents circle the globe; and an array of life from single-celled creatures to the largest animal in history moves through the depths.

Water covers more than 70 percent of Earth’s surface - almost all of it in the five oceans. For most of human history, these oceans were both mysterious and frightening. Over the last couple of centuries, though, some of the mystery and most of the fear have faded as scientists have started to probe this unseen world. They’re learning not only about the oceans themselves, but about how they interact with the rest of the planet.

They’ve learned, for example, that the oceans act as a thermostat, helping regulate global temperatures. They’ve learned how pollution and over-harvesting of marine resources are affecting the oceans and their myriad forms of life. They’ve learned that life extends even to the greatest depths. And they believe that there may be 10 times as many species of life in the oceans as on the land.

Even so, much about the oceans remains mysterious. But scientists are applying new technology to better understand them. Their work may transform future maps — filling in the details in this vast field of blue.