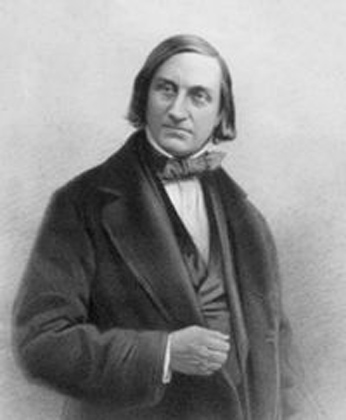 The deep ocean teems with weird and wonderful life, from spiny sea stars to fish that generate their own light.

To many biologists in the 19th century, though, such an abundance of life seemed absurd. With perpetual darkness, cold temperatures, and crushing pressure, it seemed impossible that anything could live very far below the ocean surface.

That idea was known as the azoic theory, which means “lifeless.” It was proposed by Edward Forbes, a talented young British scientist. In the 1830s, Forbes dredged the ocean floor around the British Isles and cataloged the life he found there. Then in 1841, he sailed aboard the HMS Beacon, which was surveying the Mediterranean and Aegean seas.

In the Aegean, he found that the abundance of life decreased as the depth increased. From that, he deduced that there should be little or no life below about 300 fathoms– a third of a mile.

There was already evidence to the contrary, but it didn’t matter – most scientists accepted the idea. It persisted for about two decades. In the early 1860s, telegraph cables pulled up from depths of more than a mile were encrusted with corals, clams, and other life. And later in the same decade, scientists dredged up life from depths of hundreds of fathoms.

It turns out that the Aegean is relatively barren, so there wasn’t much for Forbes to catch. And his equipment wasn’t very good, so it wasn’t catching the life that was there. But Forbes’s idea took on a life of its own – belying the truth of the deep ocean.