Hitching a Ride on a Shark 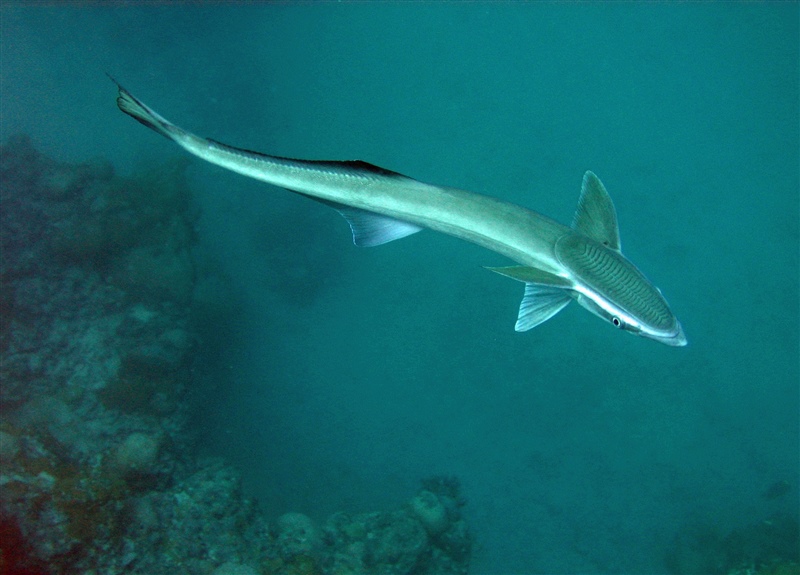 Remoras use a strong suction disc to latch onto other sea animals . Credit: NOAA

Anyone who has tried to hitch a ride on a moving train knows it’s all about getting a really good grip. This is exactly what remoras piggybacking on larger fish need to do. Now scientists understand a little better how they do it.

Remoras are fish that use a strong suction disc on their head and back to latch onto sharks, whales and other large sea animals. In this way, they get a ride over longer distances than they can swim themselves, saving energy as they go. And along the way, they can nibble on their host’s food scraps, bacteria, parasites and waste. But to reap those benefits, remoras must first “catch” their ride on a much larger and faster swimming animal. A team of biologists has discovered a sensory system within a remora’s suction disc that appears to explain how remoras hitchhike so successfully.

The suction disc is actually a highly modified fin that has a series of plates surrounded by a fleshy lip. Within the fleshy lip are complexes of small touch receptors: concave bumps like tiny umbrella tops that each cover three chains of sensory nerves which extend through the disc’s skin layers. Based on observations of similar structures in other animals, biologists believe these sensors respond to touch and to the force of the water on a remora when it is attached to a fast swimming fish. Being able to sense this force tells a remora that it needs to tighten its grip so that it does not slip backward.

But those previous observations were primarily on some unusual land animals, such as the platypus and echidna. Remoras are the first known fish to have such a tactile-sensory system, hinting at how much more scientists have to learn about various ways fish can sense their environment. In fact, the biologists found these sensory structures on eight different remora species, and those that attach to faster fish have almost twice as many receptor complexes.